What Video Games Should You Play in 2022? 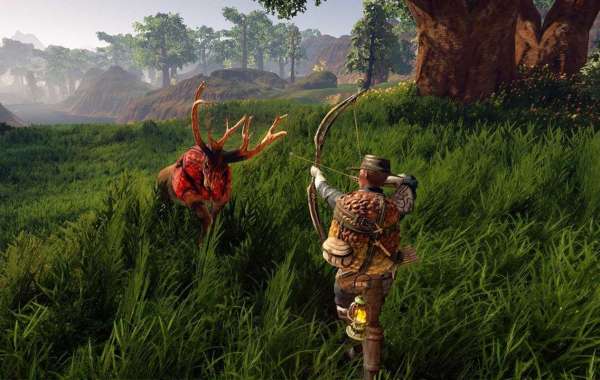 If you're in any way linked to the gaming industry — whether it's through your children or as a gaming enthusiast yourself — you're undoubtedly already aware of some of the most popular trends in video games currently on the market.

If you're in any way linked to the gaming industry — whether it's through your children or as a gaming enthusiast yourself — you're undoubtedly already aware of some of the most popular trends in video games currently on the market. For those who don't have access to a computer, the NPD market research business just issued their list of the best-selling video games leading up to the holiday season in 2021. When determining which games consumers are purchasing, the business looks at both digital and retail sales.

While certain long-standing family favorites continue to remain popular, violent video games such as online multiplayer shooters are becoming increasingly popular, which may be of worry to parents. The Entertainment Software Rating Board assigns an age and content rating to each video game, and it is critical for parents to become familiar with these classifications in order to choose which video games are acceptable for their children's age and maturity. "While video games receive a great deal of attention, parents should also consider the other venues their children may be exposed to violence, such as movies, television, and the Internet. Ultimately, parents must decide what is best for their children when it comes to violent video games," says Umang Jain, co-founder of the educational technology gaming startup SplashLearn.

For this list, we looked at the NPD's list as well as a list of the top-selling video games of all time from IGN, a renowned video game website, to select the finest video games currently available on the market. We've included their ratings so that you can make an educated decision if you decide to purchase one of these items as a present for the gamer on your shopping list.

Despite the fact that we will lose John Madden in 2021, his video game franchise will continue, as Madden NFL 22 was launched only a few days before his death. Despite mixed reviews from critics, the football simulation was commended for its upgraded franchise mode, which allows players to take control of clubs across numerous seasons.

If you want your video games to be less in the sports style and more in the horror-survival genre, Resident Evil Village is a worthy addition to your collection. It is the latest installment in the critically acclaimed zombie franchise. A guy named Ethan Winters is on the hunt for his stolen daughter in a zombie-infested hamlet, and players take control of him in this game that combines horror, action, and riddles.

Because this multiplayer first-person shooter game is set in the future, players will be able to take use of cutting-edge weaponry and technological advancements. An additional feature is the creation of custom environments combining maps and elements from previous Battlefield games, which is accessible through the portal mode.

Super Mario 3D World Plus Bowser's Fury is a game that is suitable for the entire family. It is an upgrade to a 2013 Nintendo game in which players are entrusted with preserving animals known as Sprixies. The latest edition has several new features, such as a power-up that transforms characters into cats with the ability to scale walls.

The Pokémon Company will commemorate its 25th anniversary in 2021 with a yearlong celebration that will include a slew of new items and re-launches, among other things. For the occasion, it rebuilt these two roleplaying games from 2006, making it a perfect choice for both new and veteran Pokémon enthusiasts.

Using Miles Morales, the Spider-Man from the film Spider-Man: Into the Spider-Verse (which will be followed by a sequel later this year), players may swing around New York City as they play this comic-inspired game. As Morales completes several tasks and assignments, he gains access to a variety of devices and outfits that will assist him on his journey.

Giancarlo Esposito, well known for his roles as Gus Fring on the television shows Breaking Bad and Better Call Saul, appears in this first-person shooter as a prominent character. He portrays Antón Castillo, a dictator of a fictional Caribbean island who is preparing his son to take over the reins of the government he founded. Guerilla fighters attempt to remove him from power, and players assume the role of these fighters.

A penalty kick is granted in Penalty Kick Online, a fun and challenging football game in which you take on the role of a player. On-line gaming is a feature of the game. Make the most of your 15 shots and score as many goals as you can in this game. In this free-kick game, your aim is to get the ball over the crossbar of the opposing goalie. Completing your trophy collection is a great way to show off your online gaming prowess. Use your mouse to click and swipe your ball as the kicker attempts to make a field goal. Also, proceed with caution! A swipe too far might lead to a missed opportunity! Act as a goalkeeper by moving your cursor to the right and blocking the shot. By properly completing a math problem, you can get an extra chance if this is your first time. Goalkeepers are getting more difficult to find with each level, since there are more of them. The side with the most goals at the end of the fifth round wins the match! As though you were at the World Cup finals in 2022, enjoy penalty shots. To win the global championship, play for free with the best teams and perform the most stunning saves. So, how many goals can you rack up in such a short time period?

Fortnite, a video game developed by Epic Games and published in 2017, is still one of the most popular video games on the market. There are several game types to choose from, including Battle Royale, Save the World, and Creative. Because it is an online active shooter game, it can be contentious among parents, and it should obviously be played under supervision when children are involved.

It's no surprise that Minecraft is the best-selling video game of all time; just ask any Minecraft-obsessed youngster and you'll quickly understand why. Minecraft, which was first released in 2011 and then acquired by Microsoft in 2014, has sold more than 238 million copies worldwide to date. The sandbox game lets players to wander around and construct things in a world that is pixelated and blocky in appearance.

Grand Theft Auto V is an open-world action-adventure video game developed and published by Rockstar Games in 2013. As the game's title indicates, players in the fictitious world of San Andreas commit crimes while attempting to avoid capture by the authorities. Grand Theft Auto V is the second most popular video game of all time, trailing only Minecraft in terms of sales.

Roblox is a highly popular multiplayer online game in which users may create their own virtual worlds, which has gained widespread popularity in recent years. According to Backlinko, it was first made available to the public in 2006 and today has more than 202 million monthly active users.

Mario Kart 8 is a kart-racing video game, and it is the eighth chapter in the Mario Kart series, as its name implies. In all, it has sold more than 47 million copies throughout the world by the end of 2021, ranking it as one of the top ten best-selling video games of all time.

Prepare to accelerate quickly! When the Forza Horizon 5 video game was released in November 2021, it had more than 10 million players in its first week, making it the fastest-selling Xbox title ever at the time. It also took home the award for Best Sports/Racing Game at the 2021 The Game Awards.

Fans of the Nintendo 64 may recall the following: Mario Party Superstars includes 100 mini-games from prior Mario Party titles, which are spread across five boards that have been rebuilt from the Nintendo 64 edition. The little games make it simple to engage the entire family in the activity.

Red Dead Redemption II has been purchased by more than 39 million individuals, placing it barely outside the top 10 best-selling video games of all time, at No. 12 on the list. Playing as bandit Arthur Morgan, players travel across the Wild West in search of riches and treasure.

This soccer simulator has a long and illustrious history in the world of video games: Football Manager 22 is the 29th edition in the FIFA series of video games. Actually, this one uses motion-capture data from genuine, professional gamers who wore motion-capture suits while playing the game.

Since its inception, Tetris has been available in a variety of forms, ranging from free internet games to phone applications to physical block versions to brick-and-mortar stores. The EA mobile version of the game continues to be the third best-selling game of all time worldwide. And it's easy to understand why it's lasted so long: it's so straightforward while still being really effective at allowing players to tune out everything else.